Will Fed Rate Hikes Cause Recession?

So, I offer some context.

FIRST – what is the Fed Funds Rate? The Federal Open Market Committee (FOMC) suggest a target rate eight times each year for funds loaned between commercial banks overnight. The rate is a suggestion, but generally, banks follow along. In March 2022 the FOMC raise the rate by 0.25% to 0.25% to 0.5%. So, the PRIME rate which is often used for variable lines of credit is generally 3% higher than the Fed Funds rate, or about 3.25% right now. I’m old enough to remember when PRIME was in double digits, so this doesn’t seem so bad.

SECOND – How many more Fed Fund Rate hikes should we expect? Well, nobody knows. There is plenty of speculation. If you turn on any financial “news” channel you are likely to hear some speculation a couple of times an hour most times of the day or night.

Some officials indicate that a total of seven rate hikes of a similar magnitude could be in store this year. If so, it would take the Fed’s overnight lending target range to 1.75% to 2.00% by year-end, which is a pretty fast rate of increase.

THIRD – How will the Fed decide whether to raise again or not? The general process is for the Fed to look at the rate of inflation. If it is continuing to rise, they usually try to reduce the amount of economic activity, so they raise rates.

What is an interest rate rise supposed to do to inflation?Well, first what’s inflation? Generally, inflation is the rise in overall prices for goods and services. So . . . if you raise Fed rates, the cost of borrowing is higher, so fewer people borrow, so fewer people can afford to buy all the stuff they want, so sales fall, so companies cut prices to get more buyers, so company profits fall, so companies start to lay off workers to reduce costs. If enough companies cut back, the economy will show a negative rate of growth. Two quarters of negative growth is the definition of a recession.

So, the goal of Fed Rate increases is to SLOW the economy but NOT STOP the economy. It sounds pretty simple, but is it?

Doesn’t An Increase in Fed Rates CAUSE a Recession?

Well, it depends. It can, but it doesn’t ALWAYS. The chart below shows that four out of the last five times the Fed began to hike rates, a recession followed. One of those recessions was the COVID Crash of March 2020. Maybe that one shouldn’t count. 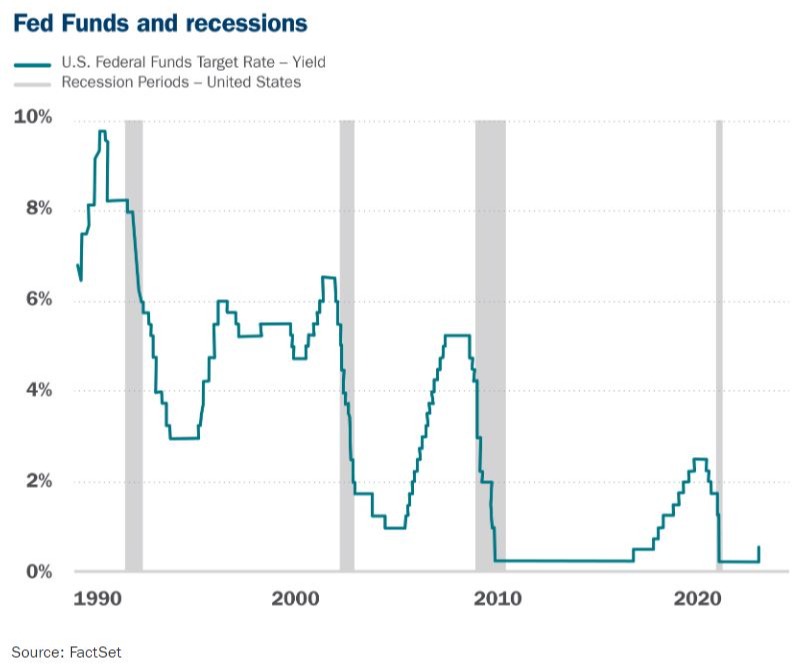 Is This Time Different?

As I mentioned above, part of the mechanics of Fed Rate increase is that higher interest rates EQUAL less spending. This has often worked because historically U.S. consumers have not saved much and did a lot of their spending with borrowed money.

But right now, U.S. consumers have about $4.47 trillion in money market savings as of April. That’s quite a bit by historical standards. 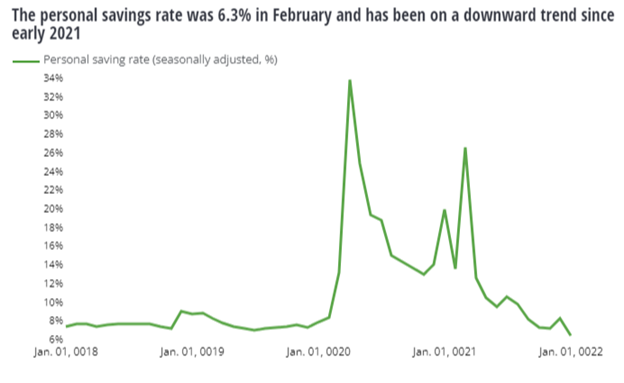 And in addition to the cash in savings, Americans have been paying down their credit cards and other loans. This chart shows that rates of borrowing are lower than usual. 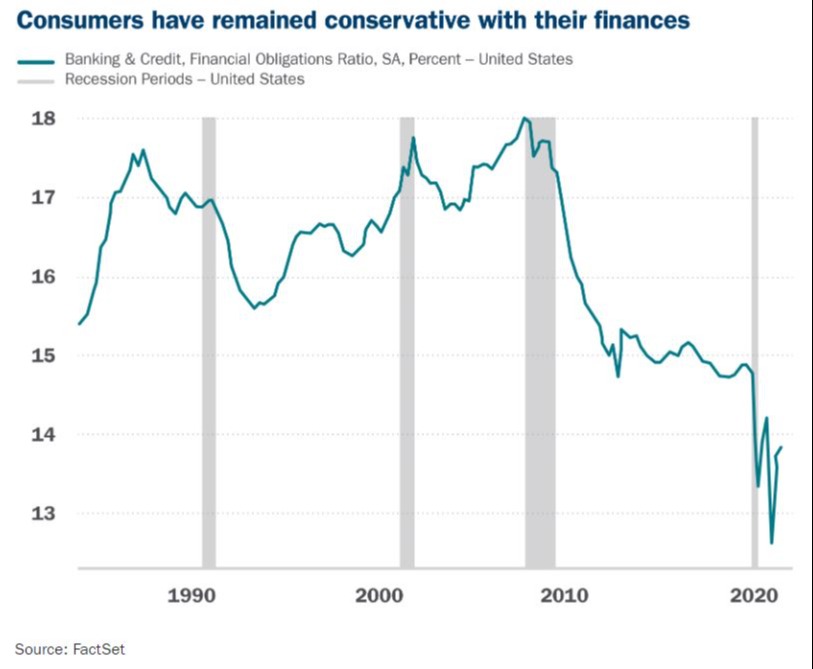 So, what happens if the Fed raises interest rates, but most people are still living off cash? It probably means that the trigger to throw the economy into recession is pretty weak. But we will have to see.

With a war in Ukraine and turmoil in world energy markets as many countries rethink buying fuels from Russia, there are plenty of variables at work.

If all this talk about rate increases and recessions makes you concerned about your financial plans, don’t hesitate to CONTACT ME, I would love to talk with you.

As a fiduciary, fee-first, CFP® professional, I can help you make great retirement income choices and develop a holistic financial plan that is driven by your goals and priorities and addresses all aspects of your financial life. With a big-picture approach, you will be better prepared to understand your options at every step along the way.