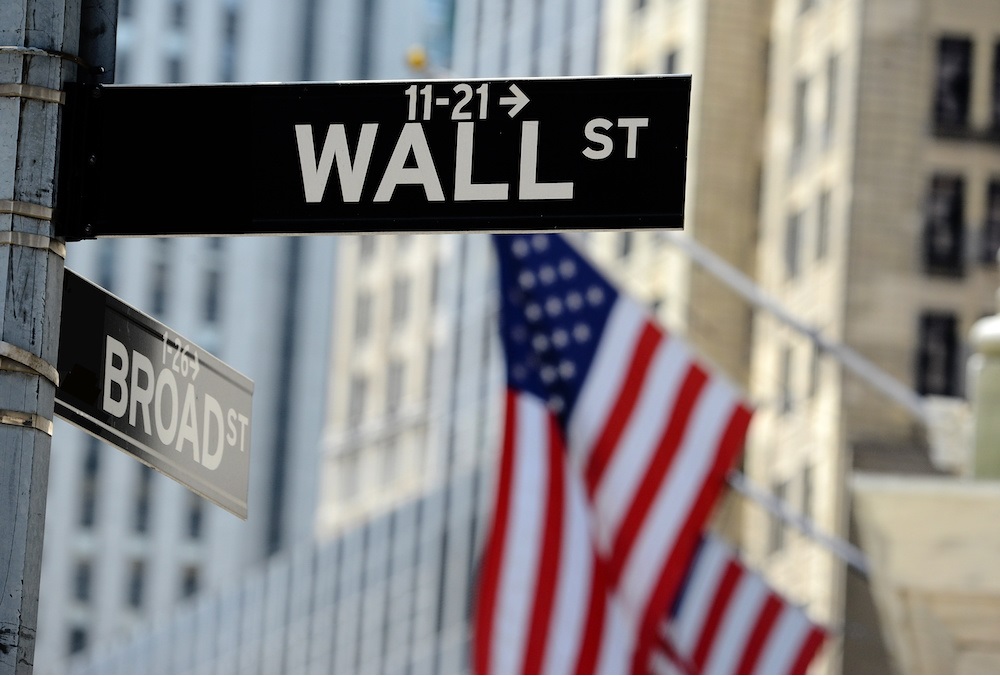 What Comes Next for the U.S. Economy?

Now that we have an updated tax code, what should you expect from the markets and the economy overall in the coming year? It’s always been true that changes to the tax code create unexpected benefits and consequences. This time will be no different.

Prior to reform, the U.S. corporate rate was the third highest among 188 nations, according to the Tax Foundation. So in cutting the corporate tax rate, Congress and the president hope to unleash the “animal spirits” that have been lethargic for much of the economic recovery. They hope that changes, especially as they relate to business, will encourage firms to open new plants, expand in the U.S., and level the playing field with the global community.
If tax incentives boost productivity, it could lift long-term GDP potential, which would yield a significant benefit. If the economic benefits end after a two-year sugar high, it will likely be deemed a failure.

So the $64 million-dollar question is: will it work? About 90 percent of economists surveyed by the Wall Street Journal expect a modest boost to growth in 2018 and 2019, but after that, opinions diverge.
Early anecdotal data offer some encouragement, as several large firms announced year-end bonuses or wage hikes tied to the lower corporate tax rate.
At a minimum, the lower tax rate increases longer-run after-tax earnings, which played a big role in the late-year stock market rally. It could also boost corporate stock buybacks and dividends going forward, which would create an added tailwind for stocks.
That said, I’m cautiously optimistic it will encourage entrepreneurship and economic growth, which would benefit hard-working Americans. The tax changes are complex enough that it’s worth a conversation with your tax advisor to see how your situation is affected.

Every year around this time, I see lots of predictions for the year ahead. I’ve been a financial planner for 16 years and one of the things I’ve learned is that nobody can reliably predict the future.
But there are a few things I will note about the year ahead:

I often point out that volatility is a normal part of the stock cycle. The chart below is familiar to regular readers of this space. It shows that the S&P 500 has gone up 29 of 38 years since 1980. It also shows the S&P 500 has averaged a 13.8 percent pullback each year over that time. All of this while averaging an 8.8 percent annual growth before dividends. 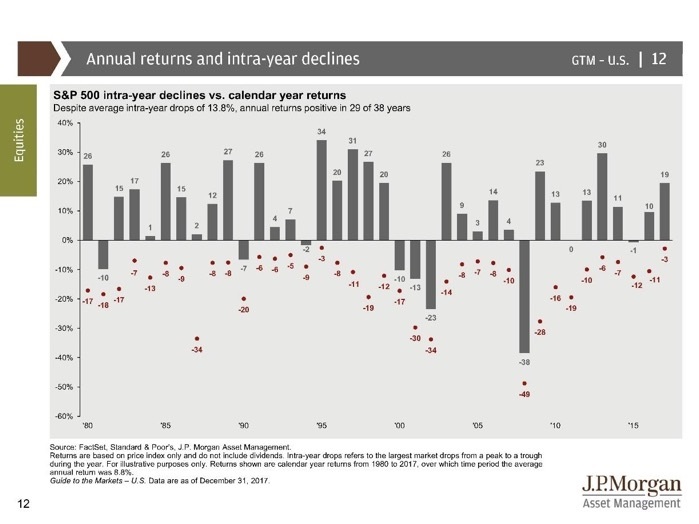 Volatility can be unpleasant, but it’s natural and your financial plan should anticipate it and help manage it.

It’s my firm belief that nobody can predict the future and therefore, everybody should formulate their financial plans accordingly. I believe those plans will serve you best when they include a comprehensive assessment of cash flow, risk protections, wealth building, retirement planning, tax and estate issues.
Regular readers know that I’m a bit of a broken record about the value of working with a financial planner who is the client’s advocate – a fiduciary advisor – and an advisor who works only for their clients – a fee-only advisor. If you’re not sure whether your financial planner fits this profile, you should ask them.
If you want to talk about how the year ahead could impact your financial plan, contact my office at rdunn@dunncreekadvisors.com. I am always happy to talk.
Dunncreek Advisors does not provide legal or tax advice, nor is this article intended to do so.